How to choose the right LED downlight 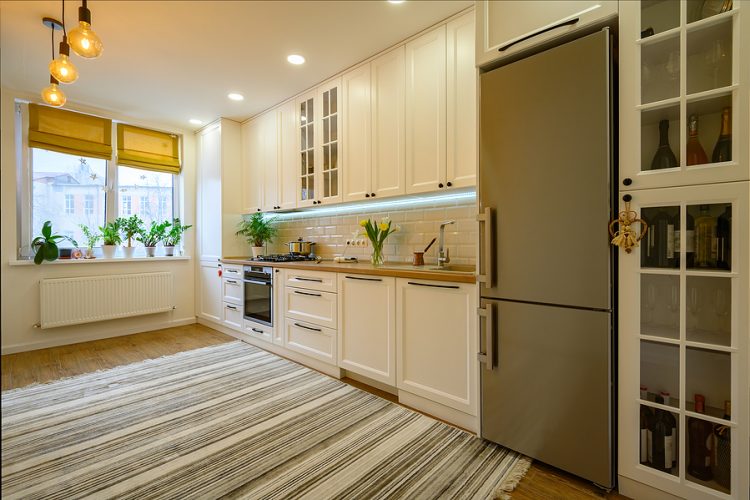 How to choose the right LED downlight

LED downlights are a fantastic choice in your home.

Designed to last longer than halogen or fluorescent, they’re a no brainer!

They’re also more energy efficient: consider that a 10w LED can produce as much light as a 50w halogen while using 20% of the power, reducing your electricity bills.

And better efficiency also translates to less power usage, and reduced costs on your power bills.

This week, our electrician in the Northern Beaches looks at all the great benefits of LED lighting, and how you can choose the right lighting solution for your home.

Need help? We’re glad you asked! Contact Plateau Electrical today to find out how LED downlights in Sydney can make your home brighter and more efficient!

Sounds like a lot, right? But let’s put that into context to really show off the benefit: 50,000 is the equivalent to leaving the light on for 5 hours per day – for 27 years!

Compare that to halogen, where 5 hours per day will only last just under 2 years (or 2000 hours).

LED downlights can be less distracting than ceiling lights for multiple reasons.

The main reason is that since multiple downlights are used within a space, there is no glare from a single light.

Further, downlights distribute light more evenly, so they create ambience throughout a whole room, rather than glare in a single spot.

Another reason LED lights are less distracting is that they don’t create heat and so also don’t create a buzzing noise or flicker like halogen lights can.

In fact, the heat from halogen light can actually be dangerous, and can even lead to lights bursting, and given the right circumstances, can also start a fire.

How do I choose the right LED downlight?

There are a lot of factors to consider when choosing any type of electrical services, including LED light.

There are a couple of things you will need to think about (or let your local electrician in Chatswood do the thinking and planning for you!)

What wattage LED downlight do I need?

Since LED downlights use less power for the same brightness as halogens, it’s more appropriate to measure their strength in lumens, rather than wattage, if you want to determine their strength.

If you refer to LED lights in watts, this won’t tell you their strength since you’re probably used to associating the wattage of halogen lights with strength.

A typical lounge room might need 1500-2000 lumens, but since you’ll typically have multiple LED downlights in the room, you’ll need to divide the watts/lumens by the amount of lights in the room to figure out how many watts for a single light bulb you’ll need.

What the space will be used for

What the room is used for can influence whether you want “cold” lighting (blue/white) or “warm” lighting (yellow).

Although LED doesn’t emit physical heat, “warmth” is still a measurement as to the yellow-to-white colouring of the room that lights create. You’ve probably noticed it, even if you don’t realise!

You need to consider how the light – and the room – should make you feel. For example, warmer lighting is generally used in bedrooms and living spaces, while cold lighting is used in bathrooms, kitchens, and laundries.

The scale of this warmth is measured in Kelvin – not to be confused with Kelvin, a scale of temperature – for example 3000K to 6500K is generally what lights in a house anywhere will sit at. The higher the number, the bluer the light. Generally living rooms sit at about 3000-4000 Kelvin.

Is one downlight enough for a bedroom?

For an average-sized bedroom, probably not.

Many bedrooms have a single light that doesn’t consistently diffuse light throughout your room. By having multiple lights in your room, you can create a less distracting and more even ambience.

The amount of downlights you need therefore will be guided by the size of the room. 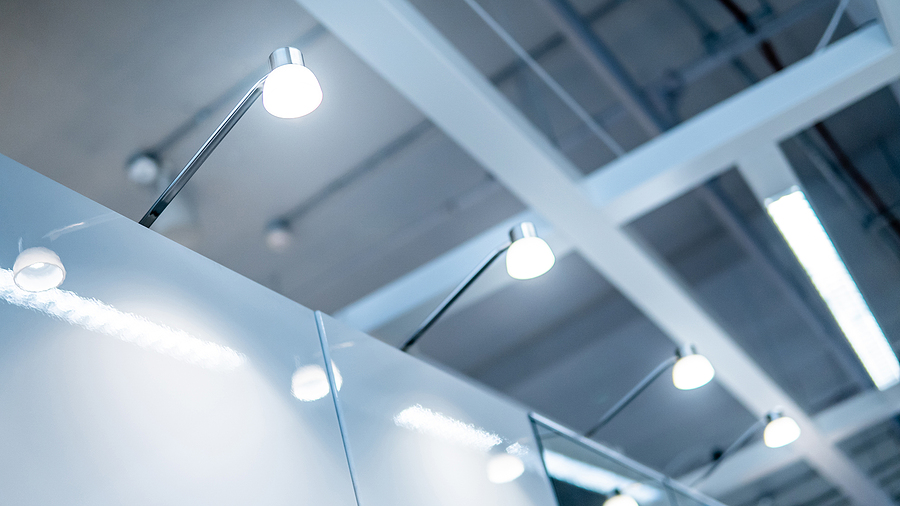 What is the best distance between LED downlights?

The general rule of thumb is about 1 downlight per 1.4m2 for an average roof height.

For higher ceilings, you may need to position them slightly closer and have lights at a higher lumen.

The beam angle describes how far across the light will shine evenly from where it’s pointing at, not to be confused with the angle that the globe sits with the ceiling for recessed lights.

Most LED downlights have a beam angle of 45°. A regular ceiling light would have a 360° beam angle, but some areas of the room wouldn’t be as clear as others.

The smaller the angle, the more concentrated the light, so if we consider the activity under the space, it can be more desirable to have a smaller beam angle.

For example, in the kitchen, it’s ideal to put a globe with a small beam angle (say 30°) directly above bench space so that you can see exactly what you’re doing. This will create concentrated lighting that you won’t need in a room like a lounge room. This type of lighting is often referred to as task lighting.

For living spaces such as lounge rooms and bedrooms, a higher beam angle, like 100° will be ideal as it creates ambient lighting that is not concentrated and is diffused well.

Beam angles are mostly relevant for downlights that are recessed, that is, they are adjustable and sitting at an angle from the wall, so you can turn them in whatever direction you want.

How do I install downlights or get more information?

We’ll help you navigate the complex intricacies of LED downlights installation, creating a tailored plan that suits your house as well as the needs of each member of the family who calls your space home.

If you have any queries about LED downlights or want to chat more about our design and installation solutions, give us a call on (02) 9158 6446 or send us an enquiry.