How to replace and install a new ceiling fan 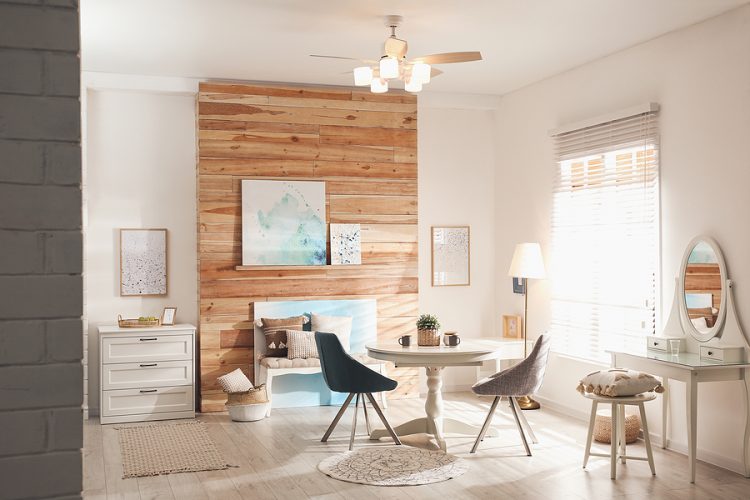 How to replace and install a new ceiling fan

This is because a ceiling fan uses only 2% of the electricity that air conditioners do, making it significantly more cost effective.

You might not realise it, but fans can also get used on colder days.

Turning your fan on is the last thing you’d think to do on a cold winter’s day, but since hot air rises, ceiling fans can recirculate hot air, making it disperse within a room.

Do you need an electrician to replace a ceiling fan?

Before we get into the details, we want to stress that ceiling fan installation or replacement should not be done on your own.

This is because there are a number of risks involved in any electrical installation.

It can also void your insurance policy if work is faulty or causes damage.

How do you install or replace ceiling fan?

Plateau’s electricians in North Sydney have outlined the steps they follow to install fans in domestic or commercial spaces.

Step 1. Turn off the power

Electricians will first turn off your home’s entire power system at your switchboard.

This is to prevent any power from turning on at the fan while installing it which could cause electrocutions and other accidents.

Make sure you notify your household or workplace that the electricity will be turned off and caution them not to turn it back on.

Step 2. Check if the fan is suitable

Our electricians in the North Shore will familiarise themselves with the fan you have purchased and also ensure it is suitable for the space in which you want it installed.
We consider:

A junction box is a box that sits against the insulation of your home and provides a charge of direct power for certain appliances.

These boxes get installed in the ceiling or walls when installing a light switch, an outlet, or a ceiling fan.

The junction box for a fan can be installed by placing it through the hole carved out for the fan, or by internally going into the ceiling and connecting it.

A mounting bracket may come with the fan you purchase, but if not, you will need one that can withstand the weight and fastest speed of the fan.

Your electrician may need to drill holes into the plaster to screw in the bracket, ensuring it is firm and secure.

Your electrician will assemble all parts of the fan except the blades before connecting it to the bracket.

Most fans will have 2-3 wires depending on if the fan also has a light fixture.

Then, your electrician will connect the fan to the cables from the junction box and to the bracket according to the specific instructions for the fan you’ve purchased.

Right now, your fan probably doesn’t look as you think it would; now it’s time to connect the blades to the fan head by screwing them in.

The moment you’ve waited for – we’ll turn your electricity back on and test the fan for stability and functionality, making sure it isn’t rocking or swinging. 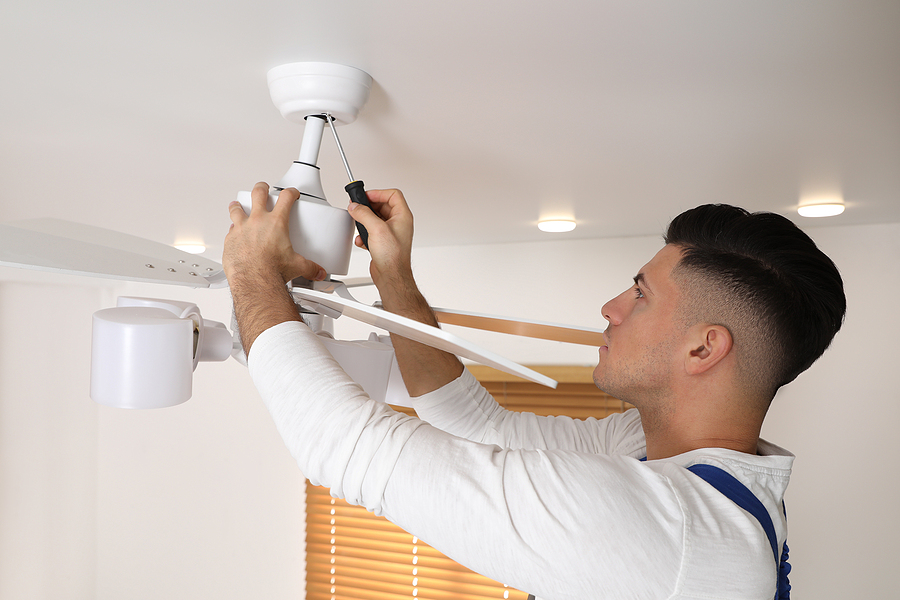 How do I replace an old ceiling fan with a new one?

If you want to discard an old fan to replace it in the same spot, you need to determine whether the same bracket and the same junction box can be used, or if these will need to be replaced.

When installing your new fan, consider more modern solutions, such as a fan with a light fixture.

Is replacing a ceiling fan hard?

But the fact of the matter is, like any other electrical task, it is complicated for the average homeowner.

They often will lack the skill and intricate knowledge to not only install the fan correctly, but to do so without putting their life in danger.

If you or anyone around you is in immediate danger, you must call Triple Zero (000).

Thinking about a ceiling fan in your home in Sydney Northern Beaches?

Plateau Electrical helps you every step of the way

Plateau Electrical are qualified electricians who offer a range of domestic electrical services, repairs, and installations in your home, including:

We are also emergency electricians who can attend to emergencies in your home at a moment’s notice.